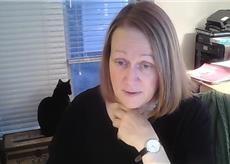 After growing up in the North Okanagan and attending the University of British Columbia in the Schools of Philosophy and Law, I moved to Toronto to take a position with a Bay Street firm specializing in large scale acquisitions, financing and insurance law, becoming a member of the Law Society of Upper Canada in 1991.

In 1994, I returned to BC and was called to the bar here, and for most of that time, I have been devoted to family law and family dispute resolution exclusively.

Since 2007, I have provided free legal advice to low income people every month for a pro bono legal clinic in Surrey.  I have served for two terms with the Canadian Bar Association's Provincial Council, I have been actively involved with the CBA's BC Branch working group on law reform and I have appeared as a speaker for them in connection with the Province of British Columbia's initiative on family law reform.

I hope to meet you soon!